It’s Christmastime again: the perfect opportunity to brighten the spirits of a loved one with the gift of the rutabaga.

Lanttulaatikko is a delicious Finnish Christmas dish–you can also chuck it at Kayne West’s head.

A while ago in a post, Poop Flinging Monkeys and Origami Condoms, I detailed some of the bizarre spending habits of the National Institute of Health. Not the least of which was a 2.4 million dollar grant for the development of an origami condom.

The inventor of the origami condom, Daniel Resnic, claimed that his silicone-based condom was designed to increase sensation, and solve the age old problem that most condoms can’t be folded into the shape of a chrysanthemum.

Alas, Daniel Resnic has been accused of fraud, and ordered to repay the funds.

It’s been alleged that Mr. Resnic misspent millions of taxpayer dollars on trips to Costa Rica, lavish parties at the Playboy mansion, full-body plastic surgery, a condo in Provincetown, Mass., and patents for numerous “get-rich-quick” schemes.

Whether or not one of those “get-rich-quick” schemes involved convincing the National Institute of Health to give him a 2.4 million dollar grant to develop a condom that can be folded into the shape of a chrysanthemum remains undetermined.

Regarding the oddities of some of his expenditures, such as full-body plastic surgery, Mr. Resnic replied, “Do you really think you can fold your penis into the shape of a chrysanthemum without massive plastic surgery–origami chrysanthemums are hard.”

It is rumored that it was an employee of Mr. Resnic who turned over hundreds of pages of documents supporting allegations of fraud.

Note: in an unconfirmed and unsubstantiated rumor–and likely a product of my faulty imagination–it’s reported that the initial scrutiny of Mr. Resnic was brought to bear when the director of the NIH, upon using Mr. Resnic’s origami condom, was unable to unfold his penis from the shape of a chrysanthemum–origami chrysanthemums are hard.

However, Mr. Resnic claims the employee who turned over the documents, is himself guilty of misusing grant funds. He has demanded the employee, “Make restitution to my company of the stolen monies ($487,377.32) at one dollar ($1.oo) /week, by personal check, sent by U.S. mail, until the funds are recovered.”

When asked why he would choose a payment method that would take nearly 10,000 years to complete, he simply replied, “Are you kidding? That’s how long it’s going to take to get my penis untangled–origami chrysanthemums are hard.”

It lead to the phrase “that Roy is one unlucky bastard” to be uttered many times.

It also lead to the phrase “that Roy is one lucky bastard” to also be uttered after surviving all seven lightning strikes.

It caused countless arguments among his friends and family as to whether or not Roy was lucky or unlucky. At family events they would argue for hours, get into fist fights, and eventually dump their aunt’s potato salad over each other’s heads.

The only thing they could all agree upon was to stay far away from Roy when a storm approached.

For your enjoyment: a few photos of Roy Sullivan. 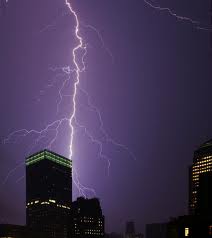 Roy in a building.

Roy sitting in a tree.

Roy in his car.

Roy visiting the Statue of Liberty.

Roy in another tree.

Roy standing by some cacti.

Roy on the USS Truman.

Roy swimming in the ocean.

Roy and his twin brother swimming in the ocean.

Roy gets elected to Congress.

Roy at the Eiffel Tower.

Roy on his way home from Paris.

I can Feel my Heisman Drought About to End

They handed out one of these things to Johnny Manziel. Enough said.

As the college football season is winding down my excitement continues to grow. I find myself nearly bursting with anticipation.

This is my year–I can feel it.

I have made it abundantly clear, I deserve the Heisman Trophy.

How many times can they deny me?

How long will injustice prevail?

What do I need to do before the Downtown Athletic Club will acknowledge my achievements?

When will this trophy be mine?

As depicted by the trophy, I am still receiving the stiff arm.

Granted, I may not strictly meet the qualifications to win a Heisman Trophy.

The Heisman Trophy is awarded to: the outstanding college football player whose performance best exhibits the pursuit of excellence with integrity.

I don’t meet the definition of a student athlete in its purest form.

Note: I do constantly receive emails from the University of Phoenix, that has to count for something.

And I will admit, I misspelled the word Heisman the first several times I typed it (I before E my butt).

But when did the universities of our nation become so rigid in their thinking?

I am brimming with excellence and integrity.

Do you think the Heisman committee is proud to have that name on their list?

Note: evidently enticing a student athlete to your school by giving his mother a house with a giant pile of cash in the living room is frowned upon.

Tom Harmon was awarded the Heisman Trophy in 1940. He is considered to be one of the greatest football players in the University of Michigan’s history. He was also a war hero, having been awarded the Silver Star and Purple Heart, after his fighter plane was shot down over Japanese occupied China.

He went on to have a long and successful career as an actor and broadcaster. He is also the father of collegiate football star and popular actor Mark Harmon. Tom Harmon was a great man who lived an extraordinary life.

However, his grandchildren went on to form the musical group Nelson, that has to be a mark against him.

In 1984 Doug Flutie was given the Heisman Trophy. I’m sure he deserved the award, but he’s just so freakin’ tiny.

That photo on the front is actual size.

What’s next, are we going to give Cap’n Crunch the Heisman Trophy? 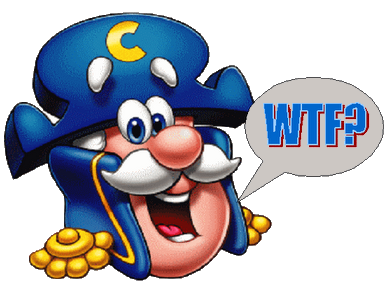 Evidently he played for the Naval Academy.

I’m told the leading candidate this season is Baker Mayfield.

Here’s a picture of Baker Mayfield grabbing his crotch on the sideline as a way of taunting players from The University of Kansas.

I have never grabbed my crotch on national television.

Honestly, I don’t see how I can’t win.

The New England Patriots are stripped of all five Super Bowl titles after it is discovered Tom Brady is a robot.

The red challenge flag is to be replaced with a confetti cannon filled with angry bees. 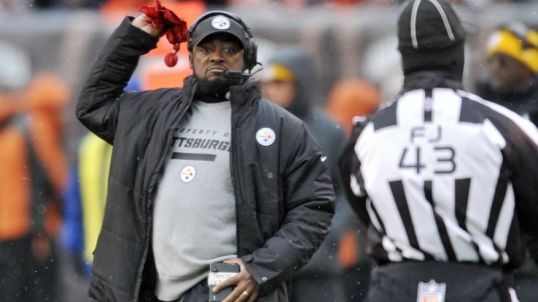 “I wish I had a confetti canon full of angry bees.”

The two-minute warning is now marked by the release of 200 frenzied honey badgers onto the field.

Every team’s official mascot is a monkey in a cowboy hat on a unicycle.

After years of bitter disappointment, the Cleveland Browns pack up, move to Baltimore, change their name to the Ravens, and win multiple Super Bowls. (Sorry, I’ve been told this has already happened.)

A new rule that stipulates the team losing at halftime must dress as rodeo clowns for the second half.

Jim Brown trades in his trademark Kufi cap for a beanie with a propeller. 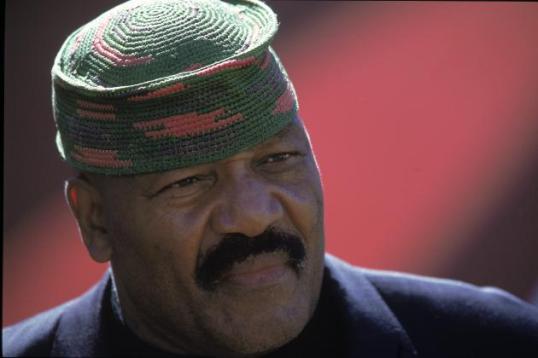 “Why am I in Baltimore?”

Referees are replaced with blindfolded mimes.

The Super Bowl halftime show: Pope Francis battles Justin Bieber in a knife fight to the death. (Neither one of them sings.)

The Cleveland Browns draft a quarterback that leads the team to the Super Bowl…Hell experiences a record-breaking cold snap. 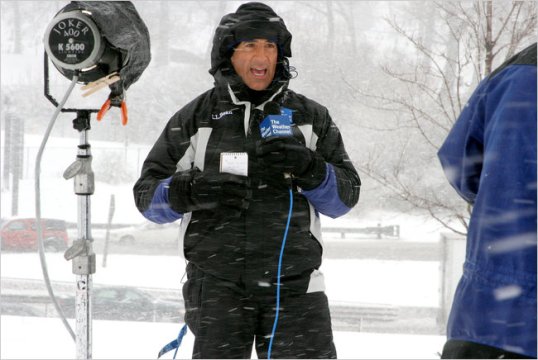 “This is Jim Cantore reporting live from Hell.”

In shocking news several princesses have come forward with the claim that Prince Charming, heir apparent to the throne,  has sexually harassed them. No princess has been publicly identified but the reports are coming in from all throughout the kingdom. “He stalked me.” said one unnamed young woman. “I lost a shoe at one of his parties trying to escape his advances.” Two separate women have accused the prince of kissing them without consent while they were in a deep slumber. “I had just eaten an apple” said one of the women.  ”I wanted to take a little nap in my glass coffin. I was not even awake when he started kissing me.” Yet another woman has come forward with the claim that Prince Charming “Pulled my hair so hard that he was able to use it as a climbing rope.” More on this story as information becomes available.