Was Stonehenge used by ancient astronomers to track the movements of the sun and the moon? Was Stonehenge a calendar used to mark the changing of the seasons? Was it used specifically as a tribal burial ground? Was it built for religious purposes? Was it left behind by aliens?

Don’t be ridiculous–the druids got it from Ikea and they just couldn’t figure out how to put it together.

The druids were notorious for their inability to follow instructions. Why do you think they followed the flight of birds; they were absolute garbage at maps.

Fred and Myrtle Glengoogly were following a friends instructions to a solstice celebration, they took a wrong turn and wound up in Holland.

Stonehenge looked fantastic in the showroom.

“How hard could it be to put together?” Fred asked Myrtle.

“How hard was it to follow a map to the solstice celebration?” Myrtle retorted.

“Yes we did. We took one wrong turn across the English Channel…you never want to follow the flight of birds.”

“I don’t need to follow a bunch of stupid birds,” Fred said angrily. “Besides, do you want to live in an earthen hovel your entire life? It’s damp and there’s spiders.”

“You’ll never get that thing together,” Myrtle told him.

Fred got it anyway.

Fred and Myrtle were soon separated following several bitter arguments revolving around the 437 different types of screws that came with Stonehenge and one particularly unfortunate remark about the placement of a stud mount.

Myrtle and the earthen hovel are long gone, but Stonehenge remains as a reminder to us all not to buy crap from Ikea. 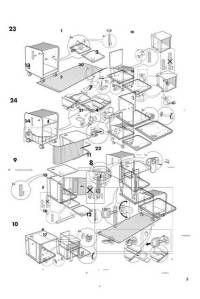 How hard could this be?

How Stonehenge was supposed to look.

You Put What in Your Mouth Now?

In a previous post, I mentioned that Ken Edwards of Glossup, Derbyshire, England, set a world record by eating 36 cockroaches in less than a minute.

You think that’s revolting? Sean Murphy of Lansing, Michigan, set a world record by holding 16 Madagascar hissing cockroaches in his mouth at one time. 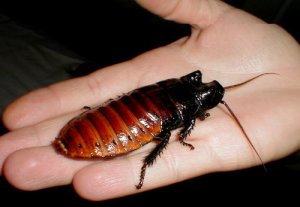 I don’t even want to be in the same room with one of these.

Just a few weird world records that caught my eye:

Kim Goodman of the U.S. set a world record by popping her eyes out 12 mm, in a competition in Turkey.

Holy crap! She looks like a Batman villain: Bug-eyed.

What do think Kim was looking at when her eyes went all buggy?

Mehmet Ozyurek of Turkey, has the worlds longest nose, measuring 8.8cm from bridge to tip.

what is going on with the weirdness in Turkey.

You think your eyes are big, Kim? Take a look at this thing. 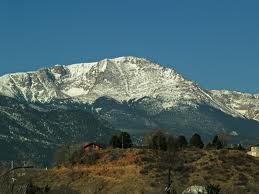 This seems like a job more suited for Mehmet Ozyurek.

Kevin Cole of Carlsbad, New Mexico, set a world record by blowing spaghetti out of his nose a distance of 19cm. 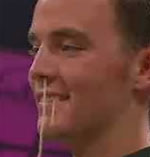 His parents were in the audience sobbing with pride. Well…they were sobbing anyway.

169 is the record for the most people to get inside one pair of underwear.

I know what you were thinking: this is just a cheap set-up for an off-color joke about some celebrity–shame on you. 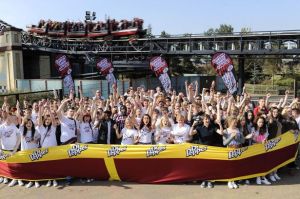 Don’t you want to be a Pepper too?

Shame on you again.

Luther, an Africa watusi steer owned by Janice Wolf of Gassville, Arkansas. He also holds the record for the most damage done in a china shop.

And finally: the title of the author of the world’s most irritatingly pointless blog goes to…