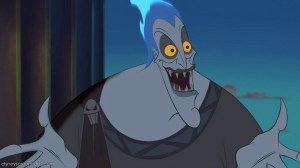 Hades faces questions of inequity in the underworld.

Underworld–Tensions are rising as unrest is brewing in the Underworld. It seems many are upset over the horrible conditions and perceived inequities.

“Conditions here are just dreadful,” said Sisyphus-one of the more vocal in his protests-straining to talk as he pushed a boulder up a steep hill. “I push this boulder all the way to the top of the hill, and then do you know what happens: the boulder just rolls right back to the bottom of the hill and have to push to the top again. It’s what I do: push this boulder up this hill for all eternity…I’ve had to pee for 468 years now.”

“It’s a punishment,” an indignant Hades replied. “Sisyphus was a dreadful person in life; he was a liar, a cheat, a thief, and a murderer. When he first got here, he convinced my lovely and trusting wife, Persephone, to allow him to return home for three days. He told her he would come right back–he didn’t. Do you know the headache that caused for me…and the extra paperwork.”

“It’s just not fair,” said Hector, a denizen of Tartarus, “here in Tartarus, it’s all cold, damp, creepy, and there are spiders everywhere. And they make us do pointless tasks all day–did you see Sisyphus and his boulder? Meanwhile, over in Elysium, it’s all sunshine, picnics, and fields full of flowers… there are no spiders there.”

“The people in Elysium lived good productive lives,” Hades explained, “the people in Tartarus were lying, slandering, thieving, murderers, many of whom also drove their chariots slowly in the fast lane…you know how much that pisses people off.”

“I just bring them over the river Styx,” Charon said when asked to comment. “What happens to them when they get here is all Hades.”

“I saw Hercules here the other day,” Hector complained, “he just comes and goes as he pleases; I guess when you’re the illegitimate son of the almighty Zeus, you can do whatever you want.”

Hector was immediately struck by a bolt of lightning and attacked by spiders.

“I feel bad for the people stuck in Tartarus,” said the poet Orpheus, a resident of Elysium. “Expect for Hector–he’s a jackass.” 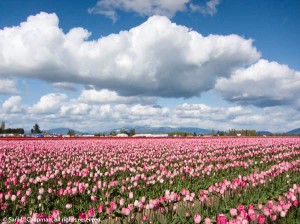 Elysium–note the lack of spiders.

2 thoughts on “Trouble Brewing for Hades”