Flashback: Top Ten Other Things the Mayans Got Wrong

My apologies to David Letterman.

I stumbled upon this post, one of the very first of this blog, from many years ago. Do you remember when the world was supposed to end?

In my previous post, I detailed my displeasure with the fact that the world didn’t come a cataclysmic end on December 21st. Not only did nothing cool happen, but even worse, I was forced to finish my Christmas shopping.

I’ve discovered after doing some exhaustive research (Google) there were a myriad of things the Mayans got wrong.

Top Ten Other Things The Mayans Got Wrong

10)  Caddyshack 2 will be just as funny as Caddyshack.

9) A man named Isaac Newton will be resting under an apple tree when an apple will fall on his head. He will become so irate that he invents a machine that will be used to systematically destroy all apple trees, ridding the land of the scourge of falling apples.

8) Queen Anne is so taken with Newton’s apple tree destroying prowess, she has him knighted. Although a great honor, he is hampered by the fact that he can now only move two spaces forward and one space over on a chess board.

7) The common folk of 18th century England become so enraged that they can no longer obtain apples, they form a mob and throw Sir Isaac Newton over a cliff. On the way down he has a fleeting thought about something called gravity. Alas, it perishes with him.

6) Without the foundation of Newtonian physics to expand upon, Albert Einstein never leaves his job as a patent clerk. He does however patent the Sham-wow and he becomes filthy rich.

5) In the early 20th century a majestic ship called the Titanic is built, it traverses the seas for centuries. However, the movie Titanic, about a ship where nothing ever goes wrong, completely flops.

Note: The Mayans also go on and on about Siskel but say nothing at all about Ebert. Two thumbs down Mayans.

4) A man named J.R.R. Tolkien will write a few simple stories about some hobbits; nothing much will come of them.

3) A mighty force called the Cleveland Browns will arise. They will win many championships called Super Bowls. At about the same time, there will be a record cold snap in Hell.

2) The shoreline in a place called New Jersey, will become the epicenter for culture and wisdom in the western world. This will happen in the early 21st century and be a clear sign that the end is near.

1) Those Spaniards seem like nice fellows; nothing bad could ever come of our relationship with them. 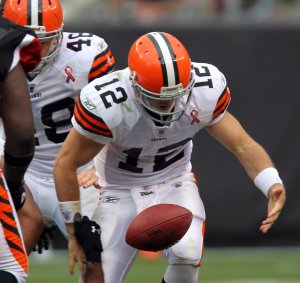 Mighty warriors of the 21st century.

10 thoughts on “Flashback: Top Ten Other Things the Mayans Got Wrong”