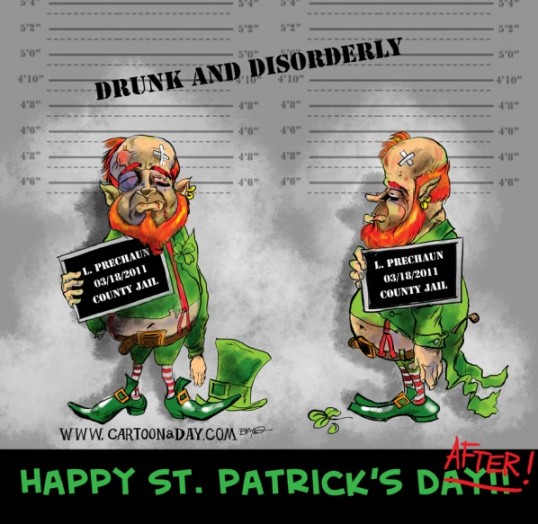 “They just came out of nowhere,” one patron exclaimed, “literally, they just popped out of thin air.”

Evidently Speedeez was offering a discount on drinks to anyone dressed like a leprechaun.

“I don’t know how they heard about our special all the way over in Ireland,” one of the bartenders questioned.

“We’re Leprechauns, not gnomes–we know how to use the internet,” Blinky McKnob responded disgustedly.

“You’d think having a bar full of leprechauns on St. Patrick’s Day would be a boon…but then they started drinking,” the establishment’s manager said. “We’re out of Guinness. We’re out of Baileys. We’re out of almost everything; it turns out they’ll drink most anything except scotch–something about the Scottish House of Stuart and a war in 1644. They won’t drink scotch, but they will urinate on it–those leprechauns certainly can hold a grudge.”

“Did you know Leprechauns have green pee?” One of the bartenders asked. “Well, neither did I before today. And they keep trying to pay with gold,” she said as held up a piece of gold, “how the @$#% am I supposed to make change for this?”

“Yeah, they got really drunk and started griping about what a sellout pussy the Lucky Charms leprechaun is,” one of the regular patrons said. “Then tempers really flared when another regular known as Poe referred to the leprechauns as fairies. One of the leprechauns waved his hand, said something in Gaelic and Poe just disappeared.

“It’s not really a big loss,” one of the bartenders said as she chuckled.

“I think next year we’ll just have green beer,” the manager said in exasperation. 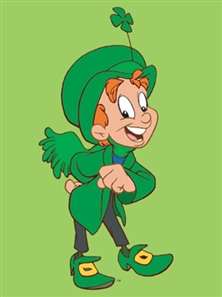 The sellout Leprechaun himself.