“Say Shoo to Me One More Time”

Being held for public indecency.

Traffic at the intersection of routes 28 and 85 in Rayburn Township, Pennsylvania, was shut down by a pair of cows having amorous relations. According Trooper John Corna, troopers “kept trying to shoo them off the highway, but that just got the bull mad and it started to escalate.”

Of course it made him mad, wouldn’t it make you mad if you were trying to have an intimate moment with your lady friend, and a man started shooing you?

Well, it really ticks off bulls.

In a previous post about bull-riders, I detailed a few things that bulls hate. I may have left that list a tad incomplete. So in the interest of completion, (pun intended) more things that make bulls angry:

If I have left anything off the list, I apologize.

It’s really irritating when you want to finish something, but can’t; just ask the bull. 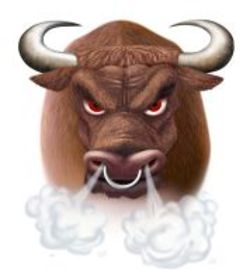 “Say shoo to me one more time.”