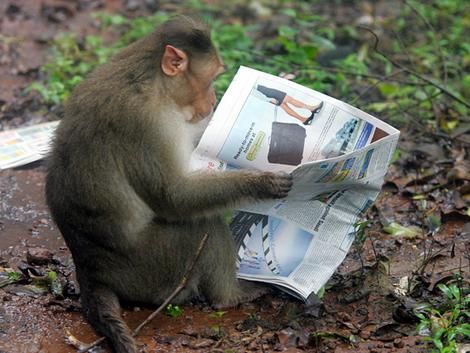 Reading informs you, it improves your memory, it increases your analytical abilities, and it exercises your mind.

Reading is like doing a big pile of mental squat thrusts, without the searing pain in your side and the inevitable vomiting.

The ability to communicate through the written word is one of the most significant ways in which humans are separated from the lower primates.

It ranks just ahead of our ability to remove unwanted body hair, and just behind our general reluctance to settle disputes by scrabbling up a tree and hurling our feces.

Note: I feel I should point out that hurling feces can be a very effective tool in certain situations— I have a few aunts with uncanny accuracy.

Imagine some of the ways lacking the ability to read and write well can be detrimental to your happiness:

Did you know that Ken Edwards of Glossup, Derbyshire, England ate 36 cockroaches in one minute, to set the world record? Now you do, because you have the ability to read.

Just moments ago, you probably had never heard of Ken Edwards of Glossup, Derbyshire, England. Now you possess a powerful bit of information.

A piece of information that can be used as a conversation starter, to jumpstart a dinner party that has hit a lull, or simply to amaze and impress your friends.

The next time you meet an attractive woman, but you’re unsure of how to break the ice; just bust out this little fact about Ken Edwards of Glossup, Derbyshire, England. If she doesn’t blast you in the face with pepper spray–you’re in.

Your ability to read and write has armed you with the tools you need to thrust forward in life with bold confidence. Rare will be the occasion you will need to rely upon scrabbling up a tree and hurling your feces to settle a dispute.

If Ken Edwards of Glossup, Derbyshire, England had spent a little more time reading, perhaps he wouldn’t have to shovel fistfuls of cockroaches into his mouth to get attention. 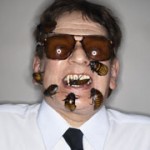