Archeologists from the Academy of Social Services of North Korea’s History Institute have made an important discovery: they have discovered a unicorn lair. (I’m not making this up) The report says that they have “reconfirmed” the presence of the lair. Apparently the ancient Korean King Tongmyong rode a unicorn.

An artist’s rendition of the king’s unicorn. His name was sparkle; he hated his name.

Why is this the first I’m hearing about this? There was nothing about a unicorn riding, ancient North Korean king, in any history book I ever read. How do leave that out?

As it turns out, this wasn’t the only bizarre revelation uncovered by North Korean scientists:

Bigfoot: a victim of the freshman 15 and a poor camera angle.

“You make me very angry.” 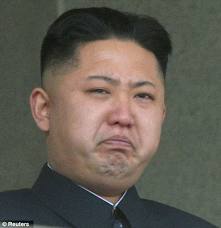 Isn’t that the face of man who needs to have his own unicorn?

He can keep Dennis Rodman. 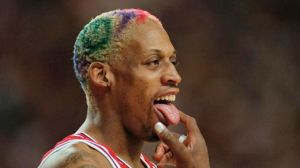