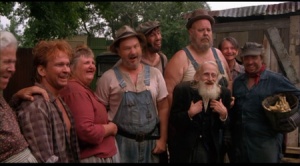 The neighbors from across the street.

Do you have neighborhood kids whose typical daily behavior allows you to describe them, without fear of gratuity or contradiction, as vicious rampaging beasts?

Do you have neighborhood kids who trample your rose bushes?

Do you have neighborhood kids who kick over your garden gnomes and pee on them?

Of course you do.

Do you also have slack-jawed dull-witted neighbors who sit on their front porch all day and intently watch everything you do as they suck down bottles of Mad Dog 20/20 and smoke hand rolled cigarettes?

Do these neighbors frequently come over to your house to complains about things?

Do they complain that the squirrels living in the pine tree in your backyard make too much noise with their incessant chittering?

Do they complain that these squirrels keep dropping pine cones into their yard in a defiant and cocky manner?

Do they also claim the squirrels are stealing their mail and even responding to some of it?

Do you have neighbors who have done an enormous amount of hallucinogenic drugs in their life?

Of course you do.

Are you sick of buying raffle tickets every time someone in town wants to send their kid to cheerleader camp?

How many camps does it take to learn to be cheery?!

I have a simple solution to your problem: a moat!

For only $99.99 you can receive a complete do it yourself moat installation kit.

And when you’re not using the shovel to dig the moat, it can be effectively used to whomp undesirable visitors over the head. (You’ll probably have to deal with some mealy-mouthed guy from the borough, droning on and on about what residential properties are or aren’t zoned for.)

So order now and you too can know the security of your own moat!

Members of the Glenwood Association are expressing concern that a house in their neighborhood is being rented out to people who can’t afford to buy a house there.

“This is very unsettling,” said Glenwood resident Ron Cokun, “You should see some of the cars these renters are driving. Not one Mercedes or BMW – and some of the cars are over three years old!”

Peeking out her window as a car pulled into the driveway of the house in question, neighborhood resident Paula McMorris said, “You can tell by just looking at their hands that these people do manual labor for a living. My parents didn’t give me every advantage in life so I could live in a neighborhood with people like that!”

Board member Tom C. Baldt agreed, “There are other parts of the city where these renters would feel more comfortable, being around their own kind. Why can’t…

What the hell is wrong with you people?

And more importantly: what’s wrong with me that those search terms direct people to this blog? 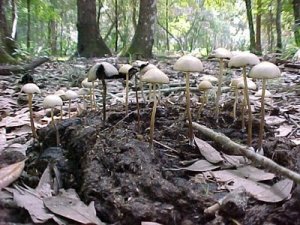 Do you know how hard it is to insure a house that’s made of glass? Of course you don’t–you not foolish to live in a glass house.

All it takes is one snot-nosed neighbor kid with slingshot to cause catastrophic damage. (I’m looking at you Gerald.)

And forget about throwing stones, if you live in a glass house you shouldn’t be engaging in any activity of questionable behavior; everyone can see what you’re doing.

Those slack-jawed neighbors that live across the street, sitting on their front steps all day, smoking cigarettes and sucking down Beer brand beer, already seem to know everything you do. Just imagine if you lived in a glass house.

What kind of weird and disgusting behavior do you think those people have going on in their house? You don’t know because they don’t live in a glass house.

What a stupid saying. 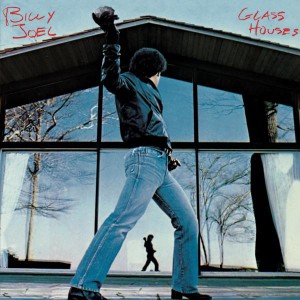 My apologies to anyone who came to this post searching for information about the Billy Joel album Glass Houses. To everyone else: I just apologize in general.

What the Hell is That? 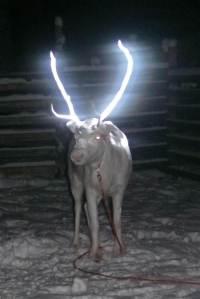 “You’ve got nothing on me Rudolph.”

In what is being hailed as the technological breakthrough of the century, a group of Finnish scientists have created a new breed of radioactive reindeer.

Note: The Finnish are often referred to as the technological juggernauts of the world. After all, they gave us Angry Birds.

“We are the technological juggernauts of the world,” one of the leading Finnish researchers, Johannes Korhonen, stated at a recent press conference. It seems the Finnish have developed a new breed of radioactive reindeer they claim will revolutionize the world.

Here at idiotprufs I was able to secure an interview with Dr. Korhonen.

idiotprufs: So, why radioactive reindeer?

Dr. Korhonen: Frankly, we just got sick of inducing cancer in lab rats, I mean, we’ve absolutely done that to death. So we decided to move on to something bigger.

Dr. Korhonen: It is. At first we tried it with badgers, but those things are freaking nuts. A bunch of them got loose, knocked over one of the researches, chewed his ears off, and ran away with them.

Dr. Korhonen: Then they came back and taunted him.

Dr. Korhonen: Indeed. They’d already taken his ears–there was no need to say those horrible things about his mother.

idiotprufs: The badgers can talk?

Dr. Korhonen: Of course not.

idiotprufs: Then how did you know they were saying things about his mother?

Dr. Korhonen: It was in their body language.

idiotprufs: Okay? I’m just curious, why do you consider this to be an advancement that will revolutionize the world?

Dr. Korhonen: Are you serious? We have practically developed a cure for not being radioactive.

idiotprufs: Is not being radioactive a big problem?

Dr. Korhonen: Not anymore. Did you know that due to their glowing antlers, the incidents of reindeer being struck by motorists, have greatly decreased over the past year?

idiotprufs: But what about the fact that the incidents of Finnish motorists screaming, “what the hell is that?” and careening off the road have greatly increased over the past year?

Dr. Korhonen: One problem at a time.

The interview then ended abruptly when a pack of frenzied badgers chased Dr. Korhonen from the room. They seemed angry. One of them had an ear.

Dr. Johannes Korhonen, he looks vaguely like that guy from Die Hard.