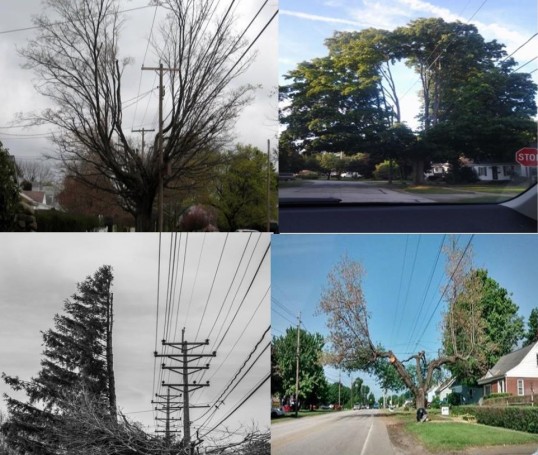 Spring is near, and with the change of seasons, Penelec has announced its annual tree destroying program will begin as soon as weather permits. The annual program involves cutting away branches that are near power lines.

Penelec spokesman Hy Raetz says “The trees that line our streets are just too beautiful.  People shouldn’t be outside admiring trees. They should be inside using electricity. Also, it’s probably a safety hazard.”

When asked if there was a standard procedure for removing branches, Raetz said, “The technical term is ‘directional pruning’, but we call it ‘the school bus rule’; meaning the branches should be separated from the wires by the width of a school bus.  The goal is to make it look as little like a tree as possible.”

When asked if he had advice for anyone who has a tree near a power line, Rates advised, “You should probably take a picture…