Archive for the tag “lawsuit” 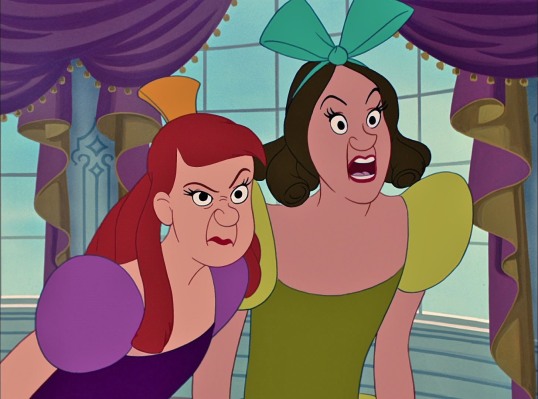 The angry and large footed sisters in question.

A Tiny Kingdom in a Faraway Land–“It’s an outrage,” an agitated Drizella told us as she fumbled with her extra wide orthopedic shoes for bunions. “It’s a clear and undeniable case of foot shaming.”

It seems the trouble started when Prince Charming began scouring the kingdom in search of a singular woman whose foot would fit into a glass slipper left behind at a recent ball.

“Real women have real feet,” Drizella’s sister Anastasia said. “That pompous Prince Charming shows up at our door with this tiny little slipper made of glass and you’re not good enough for him unless your foot fits into this ridiculous little shoe; if you have feet like a normal woman you’re automatically rejected. That’s hardly ‘charming’ behavior.”

The sisters argue it’s sexist and demeaning to reduce a woman’s worth to her foot size.

“They’re just jealous because the glass slipper fit on the foot of their step-sister, Cinderella,” Prince Charming said.

“She’s nothing but lowly scullery maid,” Drizella shouted, “why should she get the prince just because she has dainty feet.”

“Cinderella does have dainty feet,” the prince conceded. “She also has perfect skin, flaxen hair, and a heart of gold. And unlike her step-sisters, she doesn’t have a blackened soul, a vicious mean streak, a crazily disturbing amount of warts, an infestation of genital chiggers, and breath that could kill a dragon.”

She has perfect skin, flaxen hair, and absolutely no genital chiggers.

The sisters have hired a barrister and plan to launch a lawsuit against the prince for discriminatory practices.

“I guess they’re forgetting how an oppressive feudal system works,” the prince said as he chuckled to himself, “I’m a prince; I do whatever the hell I want.”

Cinderella couldn’t be reached for comment; she is currently in negotiations to launch her own brand of glass footwear called Cinderella Crossfits.

For the active scullery maid who also wants to feel like a princess.

Artist rendition of the incident.

North East, Pa.–The township of North East, Pennsylvania is facing a slip and fall lawsuit following an accident that occurred on township property. It seems a local resident known as Jack suffered a head injury after falling down a hill.

“The village does an absolutely dreadful job of maintaining the path on that hill,” his sister Jill said disgustedly. “We had simply gone up the hill to fetch a pail of water when Jack lost his footing on some loose gravel and tumbled down. I tried to grab him, but then I went tumbling after.”

“You have to be careful when you’re on a hill,” an unsympathetic town official stated. “Besides, that kid is a walking disaster; just last year Jack set himself on fire trying to jump over a candlestick. He thinks he’s nimble. He thinks he’s quick. But he is decidedly neither.”

“He did set himself on fire once,” Jill admitted, “I had to go up the hill by myself to fetch a pail of water just to put him out…what kind of idiot puts a well on a hill anyway?”

“I fell and broke my crown,” was Jack’s only response before adding, “I could see my own brains.”

Jack after his first attempt at skydiving.