Archive for the tag “jerk”

How to Deal With a Pompous Loudmouthed Prick 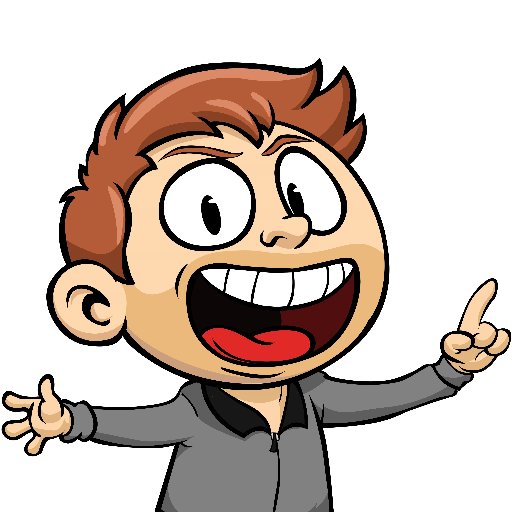 Everyone knows someone who’s overbearing and obnoxious.

As you were reading that sentence, somebody’s name popped into your head.

A person who’s ego is so enormous, it blots out the sun.

A person who is aggressively ignorant.

And on occasion, that person points their pompous loudmouthed aggression in your direction.

How do you deal with it?

Do you simply try to keep your distance?

You can’t: his bloated face encroaches all boundaries.

Do you attempt to ignore him?

You can’t: his presence is tantamount to being locked in a room with a hundred diseased monkeys all throwing their feces at your face. Some would argue his presence is worse.

I have a solution that is guaranteed to be successful: shoot the pompous loudmouthed prick in the face with a crossbow.

It takes an amazingly short amount of time for the pompous loudmouthed prick’s bloviating to transition to: “Holy shit, you’ve just shot in the face with a crossbow. I’m in a ridiculous amount of pain! There’s so much blood! Why are you laughing?”

Note: it’s probably best not cackle hysterically as the pompous loudmouthed prick bleeds out, but that’s entirely up to you.

I know what’s going through your mind right now: if I shoot somebody in the face with a crossbow, won’t there be ramifications?

Maybe. You probably won’t get invited to as many parties.

But do you really want to go to parties where pompous loudmouthed pricks aren’t being shot in the face with a crossbow?

Of course you don’t–nobody wants that.

I hope reading this post has been an aid to you; I know writing it has helped me.

A Quick PSA for Loud-mouthed Pricks 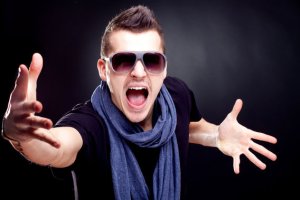 I have a quick message for all the  loud-mouthed idiots out there who think I should behave the way they do.

Just because you want dance on a table, juggling shot glasses, butchering the lyrics to Love Shack at the top of your lungs, as your testicles dangle from your pants, doesn’t mean that I also want to do that.

I don’t want to see that happening.

I don’t want to be within the proximity of that happening.

I don’t even want the knowledge of that ever occurring.

I assume as a male of the species you have testicles–I don’t need proof.

And I know what’s in my own mind.

And for the love of all that is good and merciful, stop trying to make me sing karaoke. We defeated Japan in World War II and they gave us karaoke–let’s just call it even.

Also, why do we excuse boorish behavior based on the fact that it’s habitual.

If a person acts like a jerk once or twice, he’s being a jerk. However, if a person has a pattern of acting like a jerk it’s simply sloughed off as a personality trait.

But if Timothy acts like a giant prick on a daily basis, multiple times a day with a seemingly limitless reservoir of giant prickness–then that’s just Tim being Tim.

Timothy is a giant prick! Period!

It’s like saying: sure Theodore Bundy was kidnapper, rapist, necrophile who confessed to torturing and murdering over thirty young women, but that was just Ted being Ted.

And stop describing your giant prick behavior as: “just keeping it real.”

Thank you for allowing me to get that off me chest. I feel much better now. 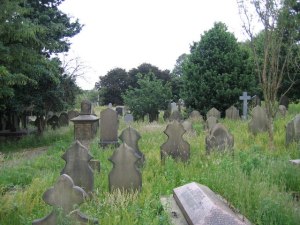 Rick is the type of person who enjoys lounging in his backyard as he hurls insults at squirrels. He also hurls rocks, but his aim is dreadful. Rick thinks squirrels are smug.

Rick is the type of person who rummages through the Goodwill box searching for a gift for his girlfriend’s birthday, and then replaces what he’s taken with empty beer cans, spent lottery tickets, and cigarette butts he’s scrounged from the floor of his jeep.

Rick is the caretaker of The Shady Oak Pine Hill Cemetery For Dead People And For People Who Aren’t Quite Dead But Who Are Doing Poorly…Provided They Have The Means To Afford One Of Premium Plots.

It was called Pine Hill Cemetery before Rick took over, but he felt the name needed some punching up.

Caretaker of a cemetery is a fortuitous job for Rick; the most amenable way to deal with Rick is as a dead person or at the very least, terminally ill. (Even those who ardently cling to life, gladly embrace death after one or two interactions with Rick.)

He is a walking human catastrophe from which you just can’t look away.

There are so many great stories about Rick to be told. 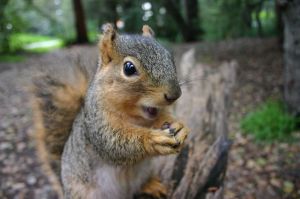 You’re ready for that big date.

Have you ever been preparing to go on a first date and had someone give you the following advice: just be yourself?

Did that piece of advice give you the confidence you needed?

Well it shouldn’t–you’re a dreadful person.

That advice is the type of pabulum you’d get from a cheap greeting card written by a half-wit and given to you by someone who pretends to care about you, but who secretly plots your demise. (Grandma is quite devious.)

So my advice to you (apart from adopting celibacy) is to be as far from yourself as you can possibly be.

If radical plastic surgery and hypnosis aides you in being as far from yourself as possible: I’m all in on that.

Good luck on that first date…hopefully you won’t get pepper-sprayed. 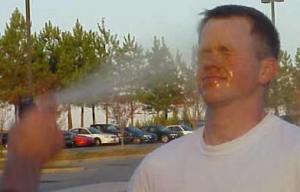 Yeah, that’s how I thought it would go.