A Promise of Continued Dreck

I was recently asked if I ever get writer’s block.

Of course I don’t; it’s what’s great about having a blog as stupid as this one: I can write whatever nonsensical gibberish pops into my head.

Take for example, the following passage from a post about phobias:

What kind of stupid scattered brain comes up with that?

I’ve worked very hard to set a low a standard as possible for this blog while still forming semi-coherent sentences.

But it hasn’t been just my hard work and dedication responsible for the ridiculously substandard tangle of words before you. I’ve been genetically blessed with an extended family of what could be described generously as complete imbeciles.

Aunts, uncles, and cousins so completely and impenetrably stupid, there was really no way for it to not to filter to me. Even as I’m typing this, I’m drooling uncontrollably and I have peed myself because can’t remember how to use the bathroom.

Have you ever seen a tree with most of its branches rotting and riddled with an infectious disease. A disease so heinous the tree needs to be cut down, chopped into bits, burned, and its ashes buried in a deep hole under three feet of reinforced concrete, just to preserve the rest of forest.

I will give you this assurance: I long as I am authoring this blog it will remain awful. And if you should happen to run into any of my aunts or uncles, give them a hardy thank you.

But don’t touch them–they tend to be sticky.

We wish we were this tree.

Stingrays and Vinny from Yonkers

Don’t let the happy face fool you; this is a vicious monster.

Do you remember as a child, adults would bandy about that old saw that a bee would only sting if you provoked? Do you also remember the dissemination of that bit of information generally came moments after being stung by a bee?

I recall an instance in my childhood, sitting in my backyard, quietly playing in a manner that could be readily described as angelic, when a bee decided it had become sufficiently provoked. My youthful playtime came to an abrupt halt with the introduction of searing pain to the side of head.

I went in search of sympathy, only to find an accusatory tone. Unfortunately two of my aunts were visiting.

“What did you do to it?” The first asked in her typically snide voice.

“What did I do to it?” She was obviously confused by the sequence of events.

“You must have provoked it,” the other chimed in, with her less snide, but decidedly more mannish voice.

Note: my aunts’ inability to recognize a child playing in a manner that could be readily described as angelic, likely stems from their own entirely unangelic nature…they’re really bitchy.

Informed by this experience, I watched in amusement as a tour guide on a travel show condescendingly told Vinny from Yonkers, “don’t be alarmed by that stingray brushing against your leg, they only attack when they’re angry or provoked.”

Vinny from Yonkers response was to act alarmed. He then gave the tour guide a look that generally precedes a punch in the face.

Any animal in which the word “sting” is prominent in its name, is probably an animal of which to be wary. It is generally wise to approach anything with the ability to sting, with caution.

Also, how would you go about determining the mental state of a stingray? I’ve never seen one that appeared happy-go-lucky.

It’s probably hard being a big flat fish living on the bottom of the ocean, always afraid that some fat tourist named Vinny will step on your back.

Stingrays have their mouths and nostrils situated on their underbellies; that cannot be a pleasant way to exist.

And have you seen what stingrays look like? They’re all crazy ugly; stingray sex must be just awful.

A stingray’s sting can result in extreme pain, illness, the amputation of affected limbs, and in extreme cases, death.

Note: if you’re a condescending tour guide, they can also cause you to get punched in the face by a guy from Yonkers named Vinny.

Any animal that on a whim can cause my life to end, is by my way of thinking, a source of alarm.

Or is it possible that you could run into a stingray with a sense of humor; a stingray that finds it amusing to sting a condescending tour guide.

Either way, you should be careful before you smugly tell someone not to be alarmed. You could be dealing with a stingray with a sense of humor, or guy named Vinny without one.

My sex life is just atrocious.

Millcreek Community Hospital has announced the grand opening of their new Leeching and Bloodletting Department. This new wing will be located within the current facility on Peach Street.  Hospital spokesman Ross Sewitch says “We here at Millcreek Community realized the need to expand patient care in order to become more competitive with Erie’s two legitimate hospitals.”  Sewitch went on to say that the leeches will be locally sourced directly from Mill Creek which runs just outside the facility and that the bloodletting equipment will be sterilized “every so often.” When asked what conditions will be treated by the new department, Sewitch answered “Oh you name it; cholera, consumption, rickets, dropsy.”  Sewitch went to say that, “No other healthcare facility in this area has this kind of service.  Does Hamot have the right equipment to cure scurvy? Can St. Vincent’s stop bubonic plague in its tracks? I don’t think so.”

Hiccup Gremlins and a Punch in the Face 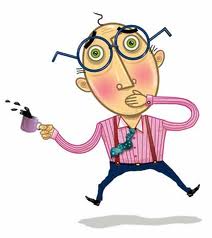 Experts will tell you that hiccups are a myoclonus of the diaphragm, that results in an abrupt rush of air into the lungs. You get them when the vagus nerve, which runs from the brain to the abdomen, is irritated. They are most commonly the result of digestive disturbances.

There are some who will tell you that gremlins don’t exist; people who think they’re so much smarter than you.

They think they’re smarter because they have years of medical training, or they’ve read books, or they’ve never been described as “bat crap crazy” by a certified mental health professional.

Some think they’re smarter because they’ve never been arrested for slapping a mime in the face, or for urinating on a police car.

But does that make them smarter than you?

It Probably does, but you still shouldn’t listen to them: can you really trust a person who’s never slapped a mime in the face?

But now you have hiccups–how do you get rid of them?

This is the point: hiccups cannot be cured, they are caused by gremlins. You simply have to wait for the gremlins to tire, or get bored–it’s science.

Not this type of Gremlin.

This type of gremlin.