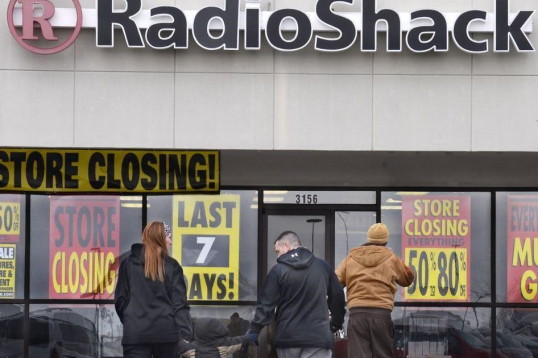 Erie’s only remaining Radio Shack store in the Kmart Plaza on 26th Street will be closing its doors soon,   marking the end of the 1980’s in the Erie area.

Customers were upset to learn of the closing, including longtime patron Robert Harrison. “Where will I go if I need a new VCR cable?” asked Harrison. “Or size D dry cells?”

“This is where I got my radio controlled General Lee from ‘The Dukes of Hazzard’” said Danny Goffey, who was in the store looking for an adapter for his 8-track player. “Erie just won’t be the same without Radio Shack.”

The remaining inventory is being discounted, and the store will remain open until all supplies are gone. Customers wanting to check out the deals had better hurry, as a bus from Springhill Senior Living was just seen pulling into the parking lot.