A Pittsburgh man stabbed in the head with a screwdriver during the Penguins’ playoff opener against the Columbus Blue Jackets on Wednesday night refused medical attention until the game was over, police said.

While the playoff beard–the tradition of not shaving until a team’s playoff run is over–is common among the players, certain fans in Western Pennsylvania employ the practice of not seeking medical attention for life threatening wounds until the Penguins have either been eliminated or won the Stanley Cup.

“It’s that troublemaker Sidney Crosby’s fault,” an official stated. “During the Mario Lemieux/Jaromir Jagr years there were a lot of casualities in the greater Pittsburgh area. Then the penguins sucked for a while and things calmed down. But since the Sidney Crosby era began things have gotten hairy again.”

Officers were dispatched to the City of Steel Auto Detail shop in Pittsburgh’s Carrick neighborhood at 9:12pm local time on Wednesday, where they found the 43-year-old victim bleeding from the scalp, a Pittsburgh police spokesperson told the Guardian.

Authorities said the victim, who was unidentified by police (but who they repeatedly referred to as Dumbass) was said to be the owner of the shop, was in the rear of the building when he became engaged in a verbal altercation with a 25-year-old male, whose name is also being withheld. (Dumbass with a screwdriver.)

The conflict escalated until the younger man struck the victim in the head with a screwdriver, the officers said.

“He was being a dick and I was holding a screwdriver,” the unidentified male said.

Police said the victim refused treatment for the laceration from paramedics on the scene, stating he would drive himself to UPMC Mercy hospital the second the playoffs were over.

The victim’s family have begun planning his funeral, as the Penguins are expected to make another deep playoff run this year. 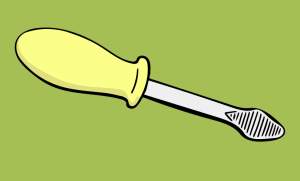