Archive for the tag “revenge” 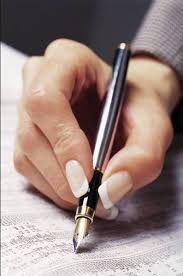 FRAMINGHAM, Mass. The housing market in the Boston area is hot so times should be good for Ed Rensell, a retired insurance broker who depends on occasional notary public fees to cover income gaps left by his pension. “It’s only $2 a document, but that’s a cup of coffee at McDonald’s,” he says as he glares with envy across the […]

Toothless and Full Figured in Pennsylvania: How I Would Tell the Story

UNSPECIFIED SMALL TOWN, PA.–A local dentist is facing a medical malpractice inquiry and possible assault charges after removing all of her ex-boyfriend’s teeth.

The aptly named Anita Payback told authorities that she had every intention of maintaining professionalism until she pulled that first tooth.

“I yanked out that first tooth and it felt so good. So I yanked out another one. After that, I pulled another one. Then I thought, this is horrible, I can’t do this. So I downed half a bottle of vodka and yanked them all out.”

“I knew something was wrong as soon as I woke up,” the victim, John Q. Stoogely told authorities, “I couldn’t feel my teeth, my face was heavily bandaged and just felt weird all over. I looked over at Anita and she was just sitting there, laughing hysterically and clutching an empty bottle of Vodka. Sitting on the counter next to her was a jar full of bloody teeth. The jar was labeled: Rat Bastard’s teeth.”

When asked if he didn’t think it was a bad idea to go to a recently jilted girlfriend for dental work, he replied, “Why would I? I made it very clear to Anita that the break up had nothing to do with her: my new girlfriend Brenda is just younger, prettier, and she just looks better in daylight.”

But the story gets even weirder. “As I was waking up, I realized that my chest was really sore. I went to rub my chest and there they were; not only had she pulled all my teeth, she had also given me breast implants.”

According to Anita, the trouble with their relationship had started a few months earlier on her birthday. “I opened my birthday present and I couldn’t believe my eyes. He had gotten me a pair of breast implants. He offered to pay for the surgery like it was an act of great generosity. Well he wanted breast implants, now he’s got them…the case of anti-aging cream pissed me off too.”

“I can’t believe she did this,” John commented. “I trusted her. I even told her right before she put me under, that I knew she would do a good job because what women of her age lose in looks, they gain in maturity.”

To punctuate an already odd story, John’s new girlfriend Brenda has broken up with him.

“He’s got no teeth,” Brenda told us, “and it turns out he’s kind of an idiot. And quite frankly, I just can’t date a man who has bigger breasts than I do.”

Stupid and Toothless in Poland (or Not)

“Off to the dentist, what could go wrong?”

Several months ago I wrote a post about a news story involving a man in Poland and his girlfriend.

It seemed that Marek Olszewski broke off his relationship with his girlfriend Anna Mackowiak. A few days later he showed up at the dentist complaining of a toothache. The twist: Ms. Mackowiak was the dentist.

She allegedly gave him a heavy dose of anesthesia and proceeded to pull every one of his teeth.

When he woke up he knew something wasn’t right because he couldn’t feel his teeth and his head was heavily bandaged.

Mackowiak faced an investigation for medical malpractice and three years in prison.

Olszewski’s current girlfriend broke up with him, who wants to date a guy who has no teeth?

There was only one problem with the story: it was a hoax.

Was I disappointed that a man wasn’t the victim of assault?

I don’t think so.

Was I disappointed that an obviously distraught woman, wasn’t facing possible prison time and the ruination of her career?

Am I just a bad person who enjoys the perils of others?

Maybe, but that’s not why I was disappointed.

Was I disappointed that the worst decision that any man has made since John Bobbitt bought his wife Lorena that set of kitchen knives for her birthday, hadn’t really happened?

Was I disappointed that a story, unburdened by the limitations of the truth, wasn’t a little more fantastic?

Think of the possibilities.

The possibilities were limitless.

My Next Post: How the story would have gone if I had written it.

One remaining tooth, as a mocking reminder.