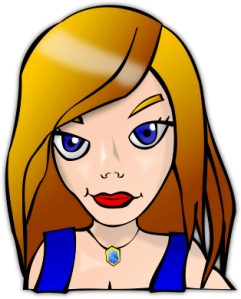 What I saw.
(image source: wpclipart.com)

Just a little glimpse into my life.

I was out the other night, minding my own business, when I was approached by an attractive woman. She sat down next to me and introduced herself.

She talked about her life, her job, her children, but mostly she talked about the fact that her divorce had just been finalized and she was celebrating that fact.

She told me how eager she was to get on with her life.

She told me how long it had been since she had been out and had a good time.

She told me how much she was enjoying talking to me.

Then something happened: she asked me to guess her age.

“Well, exactly how old do you think I am,” she urged me.

“I’m not very good at guessing age,” I said, hoping she would drop it.

“I guess you’re about 34 years old.” I finally relented.

She stared at me blankly; I could sense that things were about to go horribly wrong. “Oh. Is that how old you think I look?” She said with a timbre of irritation in her voice.

“Most people say that I look younger than I actually am.” She interrupted.

“People say, that I look like I’m in my mid twenties,” she continued, now visibly angry. “What do you have to say to that?”

This story has no point; it’s just a little glimpse into me life. (And possibly why I’m still single.)

What she thought I saw.
(image source: wpclipart.com)