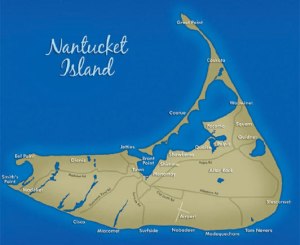 Nantucket: I hear there was once a man from there.

Today is the day we celebrate the limerick, that popular form of poetry with five lines, a predominantly anapestic meter, and a strict (AABBA) rhyme scheme.

Note: I had no idea that ABBA also did limericks! Man, they were some talented Swedes!

The limerick is a fun and whimsical form of poetry that tends to revolve around an odd man with an unusual ability who is from a small island off the coast of Massachusetts.

Within the family of poetry, the limerick is that fun uncle who tends to drink too much at family get-togethers, but whom everybody loves to be around. (Unlike his dull-witted and boring brother the Haiku–Haiku is just so full of himself.)

Note: in my family that uncle gets drunk, crashes his car into a bus full of orphans then pees on the responding police car. Everybody hates him.

Since today is also International Nurse Day and Nutty Fudge Day, I thought I’d write a limerick about Nurses and Nutty Fudge, but every attempt came out so filthy.

So instead I wrote this:

This blog attempts humor without rhyme,

and at that it fails most all of the time.

So I ran and I hid

for offend some I did,

punched in the face I was by an mime.

And now you know why this blog doesn’t do poetry.

Final note: for all those people who live in Limerick, Pennsylvania: this day is not about you.

Limerick, Pennsylvania: there was once man from there also, but nobody cares.