Questions, Tattoos, and Questions about Tattoos 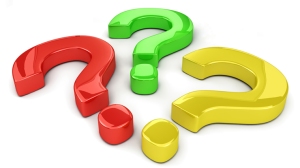 Throughout the course of my life I’ve been asked many questions:

Is that how your face has always looked, or were you involved in some unspeakable incident involving farm equipment, a vat of boiling acid, and a pack of ravenous ostriches?

Yes, but the ostriches weren’t ravenous–they were only slightly peckish.

Do your understand your Miranda rights as they’ve been read to you?

I’ve never met Miranda, I’m sure she’s a wonderful girl, but I don’t know why the police are always going on about her.

Did you think it wise to urinate on that police officer’s foot?

My buddy Jack Daniels thought it would be hilarious.

Did you smash my garden gnome with a shovel?

Not that you can prove, but yes.

But this is the question I’ve received the most:

Do you really have a tattoo of Winnie the Pooh with his head stuck in a honey pot on your left buttock?

Sadly, it was only drawn in marker and my monthly shower has caused it to fade to near imperceptibility.

But it has caused me to ponder something: if I were to get a tattoo, what would that tattoo be and where would it be placed?

I’ve come up with a few possibilities.

Winnie the Pooh with his head stuck in a honey pot on my left buttock.

It’s a classic and it has to be considered.

I haven’t been perfecting my Dolph Lundgren impression over the past 20 years for nothing.

A brightly colored butterfly on my forehead.

It would distract from the carnage left behind by the unspeakable incident involving farm equipment, a vat of boiling acid, and a pack of slightly peckish ostriches.

Charles Manson’s face on my chest.

I need to cover the tattoo of Ellen Degeneres’s face on my chest with something less offensive.

That Miranda chick the police are always going on about.

This seems like an odd person for a cop to bring up moments after you’ve peed on his foot.

Mimes, everywhere a tattoo can be put.

If I’m going to do something I may regret in the future–I might as well really regret it.

There are so many great possibilities I am in an absolute quandary.

If you have any suggestions about my tattoo, I’m keen to hear them.

9 thoughts on “Questions, Tattoos, and Questions about Tattoos”