Archive for the tag “towel day” 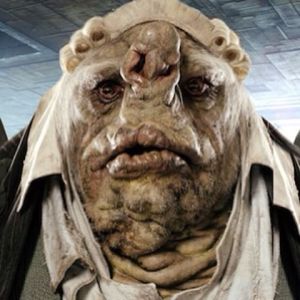 Do not let this Vogon read you his poetry.

Hitchhiker’s Guide to the Galaxy is quite clear on the point that Vogon poetry is the third worst in the universe:

“Vogon poetry is of course, the third worst in the universe. The second worst is that of the Azgoths of Kria. During a recitation by their poet master Grunthos the Flatulent of his poem “Ode to a Small Lump of Green Putty I Found in My Armpit One Midsummer Morning” four of his audience died of internal haemorrhaging and the president of the Mid-Galactic Arts Nobbling Council survived by gnawing one of his own legs off. Grunthos was reported to have been “disappointed” by the poem’s reception, and was about to embark on a reading of his 12-book epic entitled “My Favourite Bathtime Gurgles” when his own major intestine, in a desperate attempt to save humanity, leapt straight up through his neck and throttled his brain. The very worst poetry of all perished along with its creator, Paula Nancy Millstone Jennings (Paul Neil Milne Johnstone) of Redbridge, in the destruction of the planet Earth. Vogon poetry is mild by comparison.”

It is my endeavor to make it the fourth worst poetry in the universe:

There happened a witch who lived on a hill,

of diminutive size, but enormously shrill.

Unpleasing her countenance: all icky and warts,

when wickedly she cackles, how it twists and contorts.

Her stench so loathsome like eggs and arm pit,

one whiff and you vomit in your mouth just a bit.

Small animals would flee, never again to be seen.

At least they weren’t trampled, as they well could have been.

Her sisters she’d gather, all cellulite and hate.

They would cackle and hiss and brag of the children they ate.

And eat they did much in their murky morass,

they had thick chunky thighs, like a hippo’s fat ass.

“We will taunt, we will curse, as well we see fit,

with toil and trouble and all that Shakespearean shit.”

Their husbands did cower in a deep and dank well,

for their wives weren’t just ugly, they’re mean as hell.

But for these poor ladies, all their efforts did fail.

In the end it’s the hero who will always prevail.

Now the creatures just hide in a dark and dank place,

Does this tale have a moral, I don’t know it just might,

but probably not: I’m not very bright.

And now Vogon poetry is the fourth worst in the universe. Thank you.

Have a happy Towel Day and please: