North East, Pennsylvania–In a bizarre story involving a construction site, a mischievous monkey, and a bulldozer; a man was taken into custody following a destructive tirade.

It seems the man, who was traveling with the monkey, had stopped at a local market to pick up a few things. While he was inside, the monkey made his way across the street and onto a construction site where he found an idling bulldozer.

“I look up and I see the bulldozer tearing across the lot,” said Dirk, one of the construction workers who witnessed the incident. “I thought that Earl had lost his mind, but then I look and I see this freakin’ monkey, and he’s driving the bulldozer. We always joke with Earl that a monkey could drive a bulldozer…I guess we were right.”

According to Dirk, the monkey swerved around the lot before making a beeline toward the Porta-Johns. “Guys were jumping up and down and waving the monkey away from the Porta-Johns…the monkey just waved back. The bulldozer hit those Porta-Johns, and they went flying through the air. They hit the ground and blew into pieces; they really aren’t made for that type of thing. It’s a good thing no one was in them…except for Earl that is.”

“Yeah that’s right,” another witness confirmed. “From out of the Porta-John rubble climbs Earl, covered with crap, literally.”

According to witnesses, it was at this point the man in question arrived.

“This guy dressed in a yellow suit comes running across the lot and screaming at the monkey. I mean, from head to toe everything he’s got on is yellow–that’s weird isn’t it?” Dirk commented.

Everyone agreed that it was a little weird.

“So now the guy is chasing the monkey on the bulldozer. He’s trying to grab the monkey but the monkey won’t let him. Each time the guy gets close, the monkey hurls crap at him. The monkey is steering with one hand and hurling crap with the other. He really puts Earl to shame…driving a bulldozer I mean–not hurling crap.  Anyway, the guy in yellow is ducking and dodging the monkey crap, and he’s really quick, like he’s done this before. But then, he catches one square in the forehead. The guy just stops dead in his tracks, he gets this crazy look in his eyes and he starts screaming: ‘that’s it, that’s the limit.'”

Many of the witnesses told the authorities they had never seen a man with such a wild look in his eyes.

“I guess the monkey could tell he was in trouble, because it jumps off the bulldozer and tears off. Then the man in yellow hat gets on the bulldozer, and now he’s chasing the monkey. He’s smashing through walls and knocking things over, the monkey’s scrambling around with the bulldozer right on his tail. The monkey climbs over a pick-up truck to get away, but the man just plows into the truck, and the truck flips over. Earl’s screaming and running over there because it’s his truck.”

The police arrived on the scene shortly afterward.

“I just couldn’t take it anymore,” the man in yellow told police as they took him away. “He just keeps getting into more and more trouble, and it’s really pissing me off.”

Animal control came and retrieved the monkey, but not before the monkey stole their tranquilizer gun, climbed a pole, and put four rounds in Earl’s buttocks.

It was not a good day for Earl.

“I heard the man in yellow refer to the monkey as George,” Dirk said reflectively. “That monkey sure was a curious little thing.” 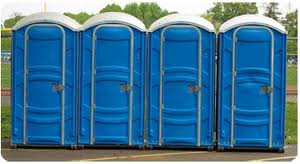