Don’t Drone on About Wolves

In a controversial move, the residents of a small Greek village have replaced the boy who watches over their sheep with drones. “It really makes a lot of sense,” The village elder reported. “We’ve had a great deal of trouble maintaining the integrity of the village’s herd of sheep.”

Apparently the village has experienced some issues with sheep wandering off, attacks from predators, and what was described simply as “human error” by the village elder.

“It was that idiot kid,” a villager named Aesop finally confided. “We all knew he was trouble from the start: always fooling around, never taking his job seriously. He thought the job was boring, ‘counting sheep puts me to sleep’ he would say jokingly.” He paused for a moment before adding, “he’s the village elder’s nephew.”

According to reports, the boy would amuse himself by crying wolf, then laughing hysterically at the harried villagers who would drop what they were doing, and hurry out to the pasture with pitchforks in hand, only to find no wolf.

After the boy had “cried wolf” on several occasions, the villagers had had enough. “There’s a big guy in the village named Acteon,” Aesop said. “He would get really angry running all the way out to the meadow. It took three guys just to keep him from whomping that kid over the head with an ax handle.”

The boy’s false alarms would take a turn for the tragic. It seems when a real wolf threatened the herd, none of the villagers would heed his call, and several sheep were lost. It was at this point the village decided to make a change. “The drones are working out really well,” the village elder effused. “They can monitor the herd, round-up sheep that happen to stray, and we’ve weaponized them so they can eliminate any potential threat. We did have an unfortunate incident when a villager became frightened and threw his pitchfork at a drone…let’s just say, what goes up must come down.”

When asked what the boy was doing now that he no longer looked after the sheep, the village elder hesitated before answering, “evidently one of the drones deemed him to be a threat to the herd…my sister is pretty pissed.”

“There’s moral to this story,” Aesop added. “A liar won’t be believed, even when he’s telling the truth…and he might get his ass blown off by a drone.” 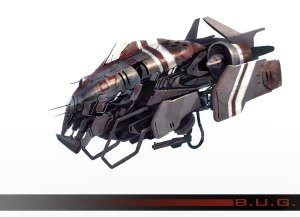 7 thoughts on “Don’t Drone on About Wolves”